Squats are one of the most popular lower-body exercises for strength and hypertrophy. Interestingly, previous research has demonstrated that squatting with different depths results in varying muscle activation and subsequent muscle growth of the quads and glutes.
​
​This study compared the effect of squatting with either full depth (140 degrees of knee flexion) or half depth (90 degrees of knee flexion) on muscle volume of the quadriceps, hamstrings, gluteus maximus, and hip adductors.
​
17 untrained subjects were randomly assigned to the full-squat or half-squat group, and squatted 2 times per week for 10 weeks. Subjects performed 3 sets each session at 80-90% of their 1RM. Training load was progressed by 5kg once subjects could perform 3 sets of 8 reps.
​
The researchers found that the full-squat group experienced significantly greater increases in muscle volume of the glutes and adductors compared to the half-squat group. Additionally, neither group saw significant changes in rectus femoris or hamstrings muscle volume. 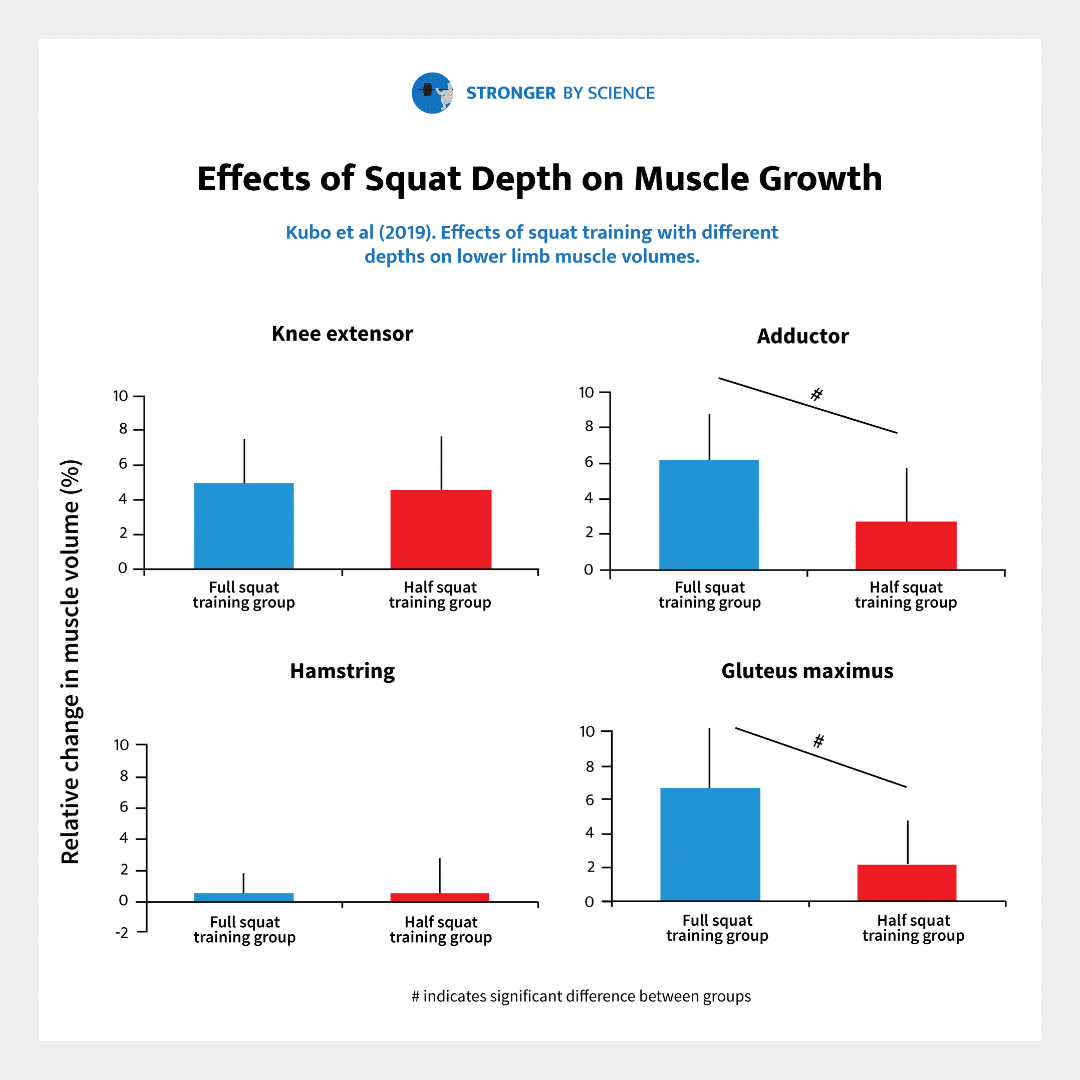 ​
These findings confirmed that the adductors are heavily involved in the squat. Additionally, this study provided more evidence that the squat is not a great exercise for hamstrings hypertrophy. While the other hip extensor muscles (glutes and adductors) have experienced significant growth from squatting, the same has not been supported in multiple lines of research on the hamstrings.
​
Therefore, full range of motion squats seem to be your best bet to maximize hypertrophy of the glutes and adductors, and you shouldn’t rely on squats to grow your hamstrings. Instead, stick to movements that focus primarily on hip extension (i.e. romanian deadlift) and knee flexion (i.e. leg curl).