In recent years, training volume has been well-studied in the resistance training literature. A recent meta-analysis by Schoenfeld and colleagues showed a dose-response relationship between training volume (in terms of weekly sets) and muscle hypertrophy. However, some research has suggested an upper-limit to this relationship, whereby additional weekly sets do not translate to more muscle growth.
​
​This study investigated the effects of three different training volumes on lower-body hypertrophy in well-trained lifters. 35 males participated in this study. Subjects had at least 3 years of training experience, and could squat at least 1.5 times their body mass. Using a balanced and parallel group-design (based on previous training volume performed), subjects were randomly assigned to perform 12, 18, or 24 sets per week for the quads.
​
All groups performed 2 training sessions per week for 8 weeks, and quad training was equally divided between the back squat and leg press. Training sets were performed to 2 reps in reserve for each exercise, except for the last set which was taken to concentric failure.
​
The researchers found that all three groups experienced significant increases in quadricep muscle thickness, with no significant differences between groups. Additionally, the researchers performed a sub-analysis dividing each subject into separate tertiles, based on changes in muscle thickness. 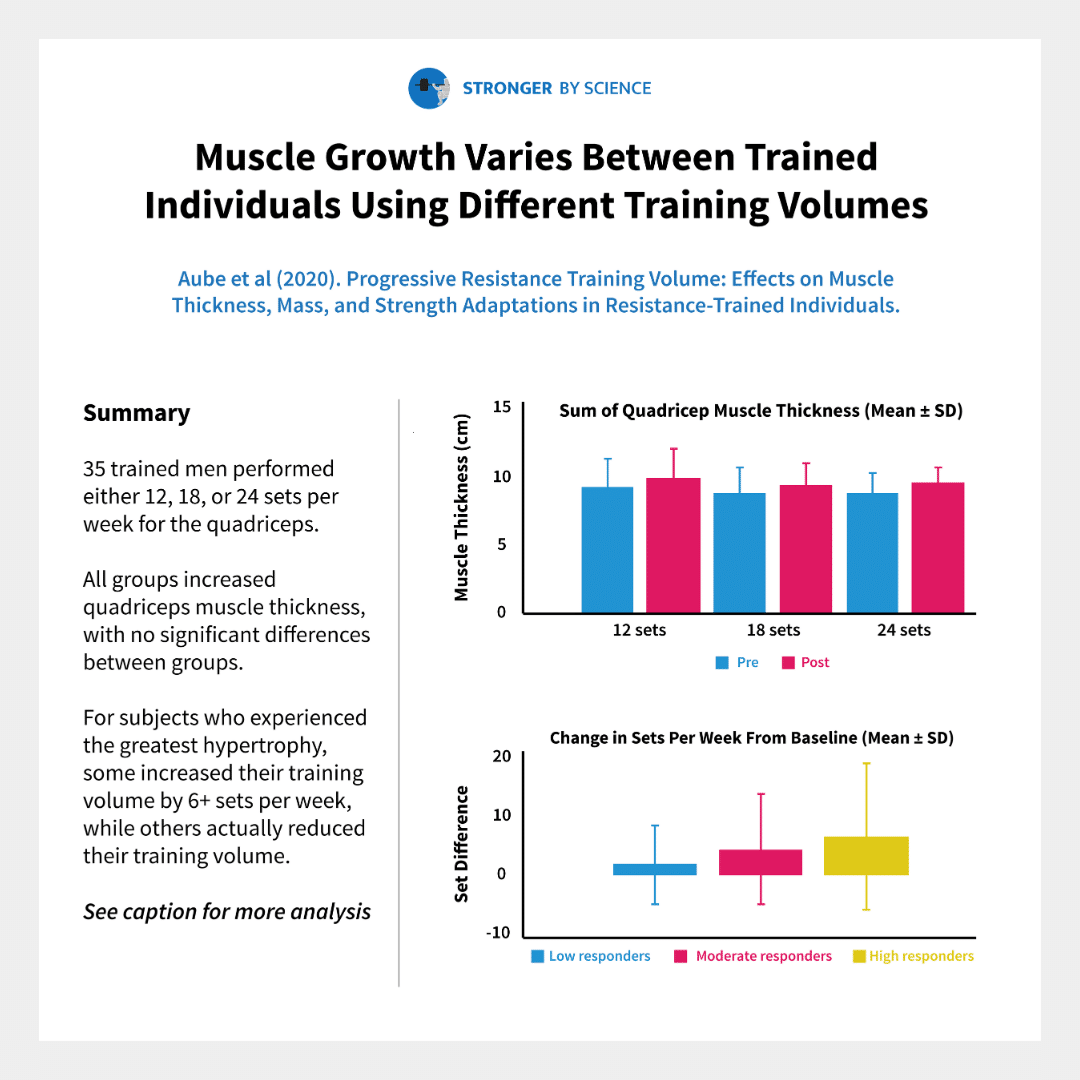