Beta-alanine is a popular ingredient in many pre-workout supplements, but its effects are actually more chronic than acute.

By taking beta-alanine regularly over time, we increase the amount of carnosine stored in our muscles, which can improve high-intensity performance and delay fatigue. Historically, supplement companies have shied away from leaning heavily on supplementation with carnosine itself, as carnosinase in the bloodstream rapidly breaks it down to beta-alanine and histidine.

However, a novel supplementation strategy involves combining carnosine (to saturate carnosinase) with its methylated analog, anserine (which is less susceptible to carnosinase). This combination seems to be pretty effective for increasing circulating levels of the histidine-containing-stuff that should theoretically enhance performance, and also seems to circumvent the common side effects (headache and tingling sensation) that accompanies high-dose beta-alanine supplementation.

In this study, providing 20mg/kg each of anserine and carnosine about 30 minutes before two different strenuous cycling tests led to statistically significant  improvements in initial sprint power and peak power. Without question, these effects are small. 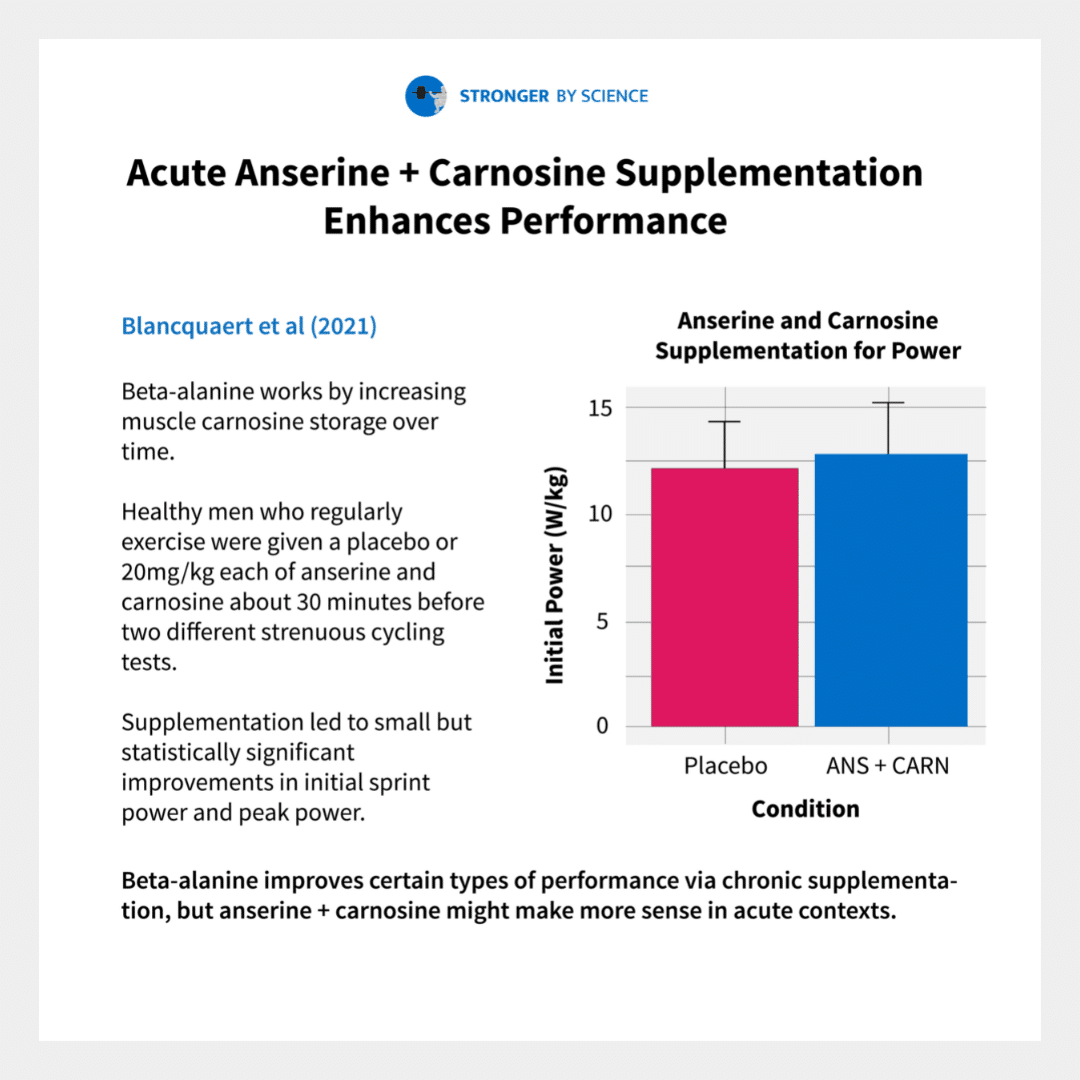 However, it’ll be interesting to see if future studies find additional performance benefits from this combination of ingredients, and whether or not supplement companies will begin putting these into pre-workout formulas instead of beta-alanine. For a deeper look at beta-alanine and related compounds, check out this review by Trex and colleagues.

Eric Trexler is a pro natural bodybuilder and a sports nutrition researcher. Eric has a PhD in Human Movement Science from UNC Chapel Hill, and has published dozens of peer-reviewed research papers on various exercise and nutrition strategies for getting bigger, stronger, and leaner. In addition, Eric has several years of University-level teaching experience, and has been involved in coaching since 2009. As the Director of Education, Eric leans on his experience as a researcher, competitor, teacher, and coach to create evidence-based content and provide educational support for the entire team of Stronger By Science coaches.